Thesis II: Development is the second of three semesters devoted to the development of students’ original concepts, establishing a context of investigation and creating viable prototypes. Students began by focusing the research they had started in Thesis I, narrowing an area of investigation, and exploring design ideas. Part of this process was establishing an audience and market context to help crystallize core concepts.

We began the semester with image cluster brainstorming, showing overlapping ideas and areas of interest in an image collage. Students gave each other gut reactions to the clusters and these were incorporated into 3 new variations on each thesis idea. Then each student talked to strangers about the conceptual thread uniting these variations, and did historical research on related design precedents. A research plan was begun to systematize user interviews and other investigations.

To begin the process towards making prototypes, rather than get submerged in research, we did role-playing exercises acting out possible scenarios with mocked-up objects or systems. The next 3 weeks were spent figuring out how large complex ideas could be realistically attacked, working towards a first built prototype that, while not truly functional, others could imagine as a real product or system.

The first prototype was a challenging experience for many, and a variety of approaches were demonstrated. A combination of group feedback and individual critique helped to further distill the scope and usability of each prototype idea. Students took all of this and re-thought and re-worked both the prototype itself and, in many cases, the overall thesis idea as well. Each student then wrote about the evolution of their thesis thus far, and its relation to the field of interaction design.

The last third of the semester was devoted to developing a second prototype, a “finished experiment,” with specific focus on what could be omitted without diluting the concept. The semester concluded with a final presentation of the prototype along with a vision of how to move forward into Thesis III, attended by department chair Liz Danzico and guest critics Megan Fath and Kakee Scott.

The projection mapped light switch is an augmented reality. While a seemingly simple idea, with admittedly dubious real-world applicability, it is a poignant first step in showing the possibility of the larger concept of a connected home system that uses a combination of sensors, and projection to radically transform the interfaces we use in our domestic environments.

Mass Customization with Evolutionary Algorithms employs evolutionary algorithms to allow users to explore form iteration of simple products. The user is presented with an initial selection set of forms and is prompted to choose two or more preferred candidates to be used to generate a next generation. This prototype repeats the process until the desired form is achieved.

SUPPLY_hack is a prototype for a web based network built to allow more access and contribution to a shared distribution model. The concepts proposition is in three use cases: the consumer who has more control over what and how they purchase, small businesses who will benefit from access to the larger network, and large enterprises who will benefit from filling excess space while improving public perception. 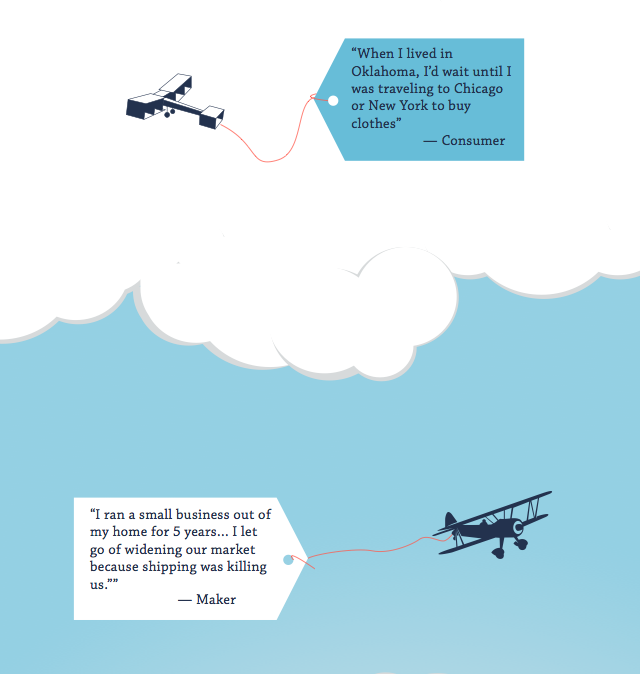 Opposite Pen Pals connects strangers with dissimilar backgrounds by presenting a series of prompts that encourages them to exchange a series of photos of their lives over a period of a week. 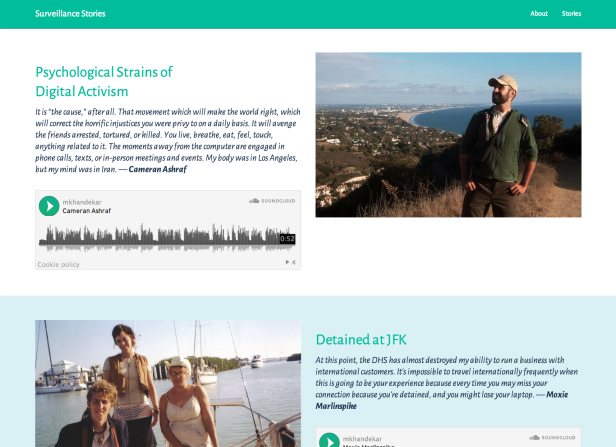 A box that one can place his or her smartphone in, encourages people to use that time for different activities. It’s for people who realize the need of quality time for oneself, to help change from a repetitive stressful life cycle.

College Savvy is an online and print-based platform that clarifies the complicated financial aid process for first time college students. Resources include a college cost estimator and an interactive narrative about prospective students, their college choices and their financial aid options. 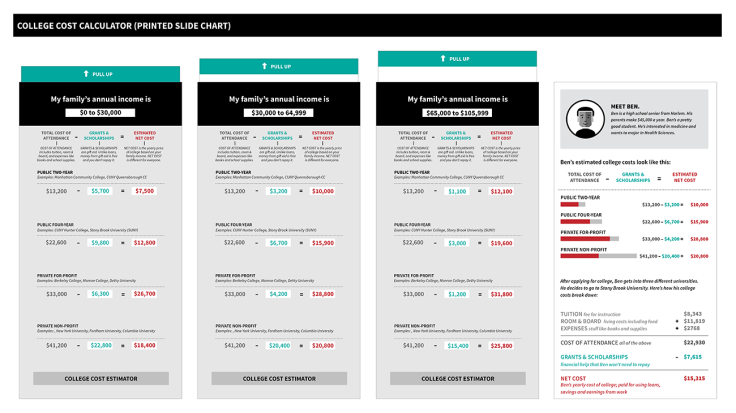 Co-designing a job training curriculum for Reconnect, a non-profit cafe in Bedford-Stuyvesant that employs and mentors young men from the local community who are disconnected from educational and economic opportunities.

Light quality and exposure and as a QS metric and proxy for sleep improvement. This second prototype is a working physical mock up of a wearable light temperature sensor that graphs exposure of light temperature over time for the wearer.

Meat Club uses food as a tool to start a conversation about our future and what possibilities lie beyond our current imagination. It is part of The Lunch Lady, a platform for a series of experiments focusing on the future of food. The goal of the project is ever-evolving, but a main focus has always been to instigate a conversation about the future of our planet using the lens of food. 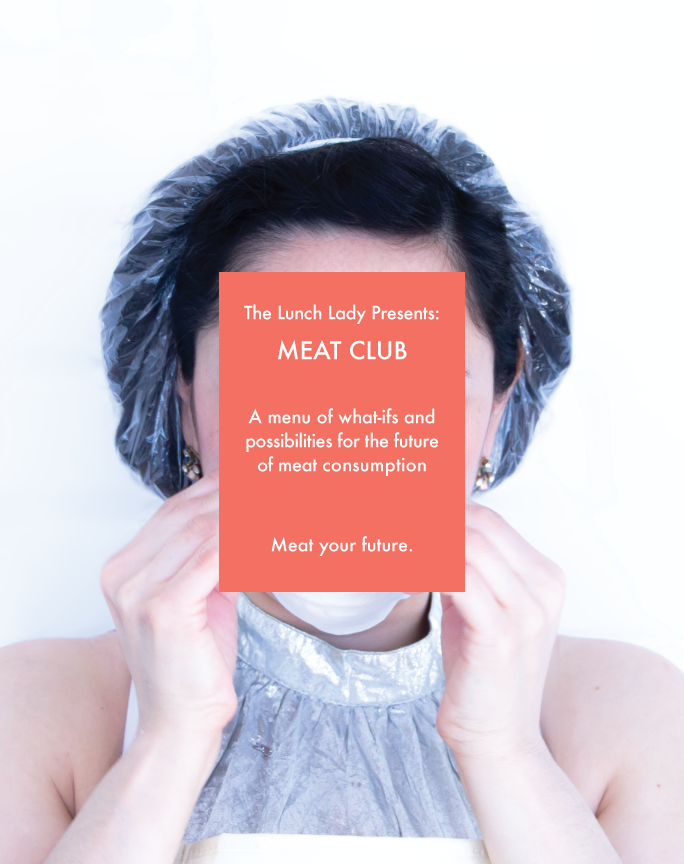 Not Recommended is an experimental anti-recommendation engine that provides suggestions for things you probably won’t want to watch, read, or do. 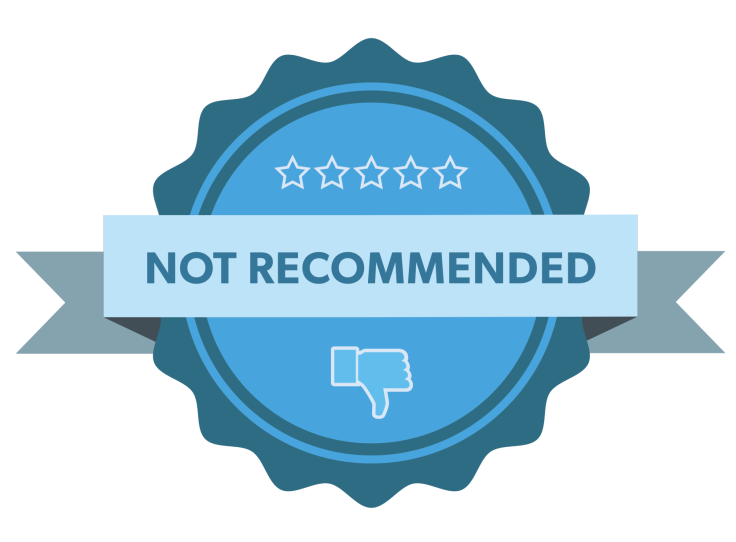 A computer dinner tray that leveraging the scripts of the dining experience to illuminate specific triggers and responses of behavior.

This mobile app prototype aims to counter habitual mobile phone use by offering alternative suggestions based on the user’s present circumstances that engage them with their surroundings. Using the framework of a habit loop as the basis for the design, the cue to engage with the phone would be the idle time experienced by the user, the new routine is offered to the user by choosing their circumstance and the reward is the resulting observation, reflection or relaxation for the user and the ability to view an overall record of entries.

Poiesis is a storytelling tool that asks users to connect memories to music; songs that are meaningful to them, that spur them to tell stories.