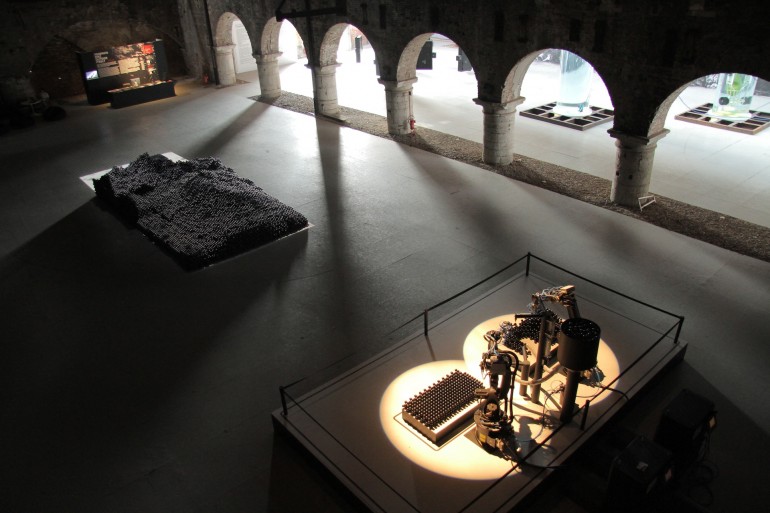 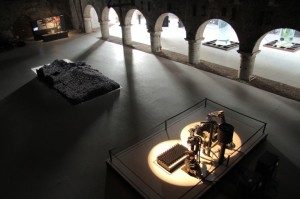 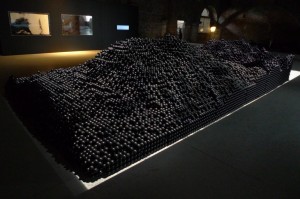 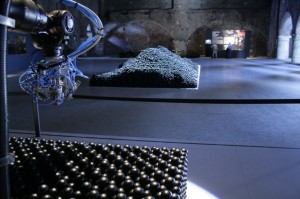 This interactive installation is completely assembled by robotic machines, untouched by human hands from conception to materialization. Drawing from the notion of viral growth, this site-specific installation is mathematically programmed to respond to viewer’s interactions, then self-replicate, morphing into a life form unto itself.

Light-sensitive robots at the far end of the hall are shaped by data of viewers’ presence, making it a participatory work. monitored on an illuminated rectangle in the site’s center, the ambient light is influenced by movements and even clothing of viewers: optical sensors use this information to create a data stream that informs the robots in their production of the shape-shifting installation.

Equipped with the data from the central monitored area, the two robots build small balls, each representing an individual photon of light. A mathematical program enables the installation’s two robots to create and arrange about 2,000 5-centimeter-diameter balls every 12 hours.

This use of robot-generated balls builds off of a previous data sculpture by Díaz, Geometric Death Frequency-141.